Photos Add Image Add an image Do you have any images for this title?

When she looked at the wall, it was what she feared. She had turned into the cliche.


Instead of a wall that she ran into, there was a group of people decked out in black and staring at her like she was a pot of crawfish. If you got an issue with brunettes, don't take it out on me. Personally, I like being blonde, but it's too hard to keep up with the roots. The lone woman stepped up, grabbing Kim's jaw and moving her face side to side. The woman looked really smug for some reason. Kim shoved the woman's hand away. Just cause this is New 'Awlins, don't mean you got's to be freaks.

And you ain't doin' anything with my soul. The group chuckled, like she was a toddler spouting that they were big enough to live on their own or something. And it irritated the piss out of her, until the wall opened his mouth wide and she saw the scarily realistic fangs in his mouth. Before she could do anything, the wall, woman and another man lunged at her. All three had fangs bared and seemed to each be aiming for her neck. Dodging to the right, she fell on top of a bag of trash and cut her arm on a broken bottle. Scrambling to get away, she slipped in some bright green goo on the ground.

Nick stood with his feet slightly apart and shoulders spread wide. From the looks of things, he had just barely made it in time. The woman was on the ground, surrounded by six daimons, dressed to the nines and ready for battle. One of them hissed at him. Obviously, they weren't very smart, or atuned to the unnatural order if they thought he was a Dark-Hunter. I'm not a Dark-Hunter nor am I leaving. His aura immediately filled the alley, oppressing on every one and probably letting every preternatural creature in New Orleans know that someone had pissed him off.

One of the smaller men took a step towards the woman who was slowly trying to get up off the ground.

Nick shot a ball of fire at him. It caught him on the shoulder, sending him into the trash behind him, withering in pain. The others came at him also as Nick met the female's dagger with his sword. Another tried to get him in the back with a small tomahawk, but Nick kicked him back. Nick elbowed the biggest, who had first spoke to him, causing him to stagger backwards, tripping over the one Nick had just kicked. Nick slashed out at two of them who tried to flank him. The female went to stab him so Nick lept over her, shoving her forward into the guy that caught the fireball.

She wasn't able to stop her momentum before her own dagger pierced the man in the heart.

There was only enough time for him to look at her in fear before he burst into gold powder. The smell of burning garbage made Nick pause, letting the largest get a solid punch to the back of his head. The back of his head stung, causing his vision to double momentarily. He felt a knee ram into his stomach, knocking the breath out of him. Nick muttered a curse as he tried to pull from his other senses to detect the blows while his eyesight corrected itself.

He could feel the heat from the trash blaze as it increased. Someone sliced a nasty gash in his arm and got in a kick to his back before he could see right again. Suddenly, a gun shot rang out in the air, followed immediately by the female holding her thigh where she was bleeding prefusely. Nick turned to the woman, who was now standing up, holding a Kimber Micro. The next one will be to kill, not wound. While Nick admired that she wasn't running like a scared little girl, he really wished she had. There was no telling if she was bluffing or not about her aim, but he didn't want to be shot.

Plus, the woman didn't know what she was threatening here. Apparently, the daimons had similar thoughts as the one Nick had kicked backwards laughed at her. Just lay down and wait to die.

Nick decided to use the daimons cockiness against him and get in a killing blow to the female, piercing her all the way through her chest. She gasped before exploding, covering him in gold ash. The four remaining turned on him with vengenance but before they could attack, three shots in rapid succession made an almost perfect triangle in the giant's chest. He looked really pissed as he followed the others in death.

Nick jabbed one in the stomach with his sword, dragging it up into his chest then yanking it out. He didn't even cover his eyes to shield them as he was again covered in powder. Nick kicked the last two away to turn to the woman, who was pulling the slide back on her gun, shaking it. She looked up at him, then hurled it passed his head. It smacked one of the daimons, who was about to get him in the back, right between the eyes. Nick took that as a chance to slice his chest open, releasing the souls that were trapped in the inkspot above the heart that he always had to aim for.

Nick swirled around, expecting another attack from behind, only to find him and the woman alone in the alley way. 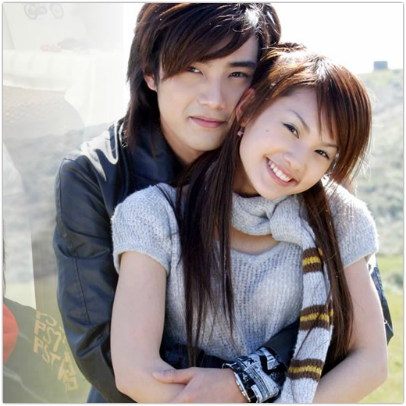 If my gun hadn't of jammed on me, I could have got him. Nick went to respond but heard the sirens in the distance, and they were quickly approaching them. We have to report this. There might be more of those creeps and the cops need to know so they can protect people. Nick really didn't want to fault her for that. She was looking out for other people, but really, sometimes it was hard dealing with those that were oblivious to the dangers surrounding them everyday.

There are more out there, lots more. More than you can imagine.


And what are you going to tell the cops when they get here? These people attacked me and they had fangs, all blonde and were super strong. And the way to kill them is to stab them in the heart so you can release the human souls that they devour to live. Yeah, this guy here shot fire out of his hand at one of them. What about the gun fire and where are the bodies? I shot a couple of them, one of them got away, he killed the rest and all the ones we killed exploded into this really pretty gold glitter-looking powder that we're both covered in.

You have to warn the public! Tell them to arm themselves with steak knives.

I amost forgot, they can only come out at night. The look she gave him told him that she didn't appreciate the tone he had used, but she began to run out of the alley with him. He quickly picked up her gun and slipped it into an inner coat pocket without breaking stride. Nick looked behind him as he pulled her along.

While he didn't look too rough thanks to his dark clothes and trench coat hiding his wounds, she looked really bad. Her arm was covered in blood, thick mud, and there was what looked like a banana peel sticking out of the top of her pants. And they were both covered in daimon powder and soot from the fire.

Instead of answering, he wrapped both arms around her and teleported them away. Less than a minute later, a fire truck and two police cars raced by. Just In All Stories: Story Story Writer Forum Community. Books Chronicles of Nick. A twist on the series we love. Nick is 26 and Cherise is still alive. She wasn't murdered on that fateful night. Now, an ordinary night changes everyting. All because of one woman. Please and thank you. Now go enjoy or I'll sick the Simi on you, with extra BBq sauce.